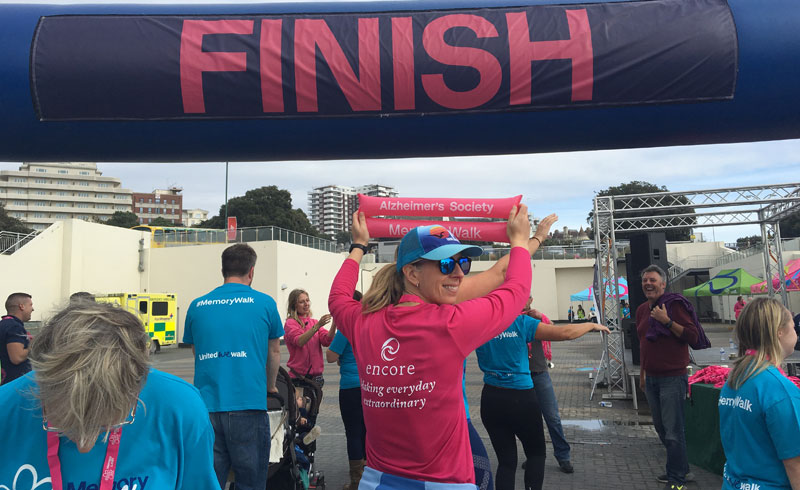 The Alzheimer’s Memory Walk was originally due to take place on 23rd September but was postponed due to the bad weather.  Rearranged for Saturday 13thOctober, the rain thankfully held off.  The sun even began to shine in support of the men, women and children who took part in the challenge.

Starting and finishing at Bournemouth Pier, participants had the choice of walking the shorter 3.5km, for a gentle stroll along the coastline, or the longer 8 km walk along the cliff tops.  There was a hive of activity at The Waterfront as crowds gathered in support of the Alzheimer’s Society special event; to help to change the lives of people affected by dementia.  Participants were asked to spend a moment to reflect on who they were walking for and to leave a message for them on the Memory Tree, which blossomed throughout the day.

Melany Wood, architect for Encore, walked 8km in one hour and 25 minutes.  The walk took her from Bournemouth Pier to Fisherman’s Walk Zig Zag, back along the clifftop to Portman Ravine Zig Zag, and returning to Bournemouth Pier along the prom. Melany raised a fantastic £150 for Alzheimer’s Society.

The fundraiser total for the event currently stands at nearly £90,000.